What Is Daniel Negreanu Net Worth As Of 2019? 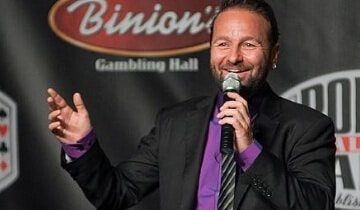 Well, we are going to answer this question in this article and let you learn Negreanu net worth, but we will also inform you about the personal story, poker tactics, and career winnings of this legendary player. Let’s start: Mr. Negreanu has led an exciting life and we have a lot to tell.

Other bonuses are up for claim:

Get the amazing welcome package at Spin Samurai Casino: Up to €800 + 75 Free Spins!
See moreGet bonus

The Story Of Daniel Negreanu Poker Player: A Hall Of Fame Legend

Daniel Negreanu is a Canada citizen, born on July 26, 1974, in Toronto. His family is actually from Romania but they have migrated to Canada before he is born. According to a Daniel Negreanu interview, he was terrible at school and came close to expelling many times. He learned how to play poker at the age of 15, and once he understood school life is not for him, Mr. Negreanu has dropped out of high school. Yes, he never finished his education and never went to college.

Like any 15-year-old, he was full of hopes and dreams. But unlike other 15-year-olds, Negreanu was dreaming about casinos, poker tables, and gambling. He started to work in brick-and-mortar casinos as a rounder and sometimes a dealer. He was also active in the “underground gambling” world of Canada. In fact, he made a name first in shady gambling rooms that are located in basements of old houses.

At the age of 22, he decided to visit Las Vegas and play poker as a professional player. The year was 1996. And in 1998, he won his first WSOP (World Series Of Poker) title. This was a pretty impressive achievement, as he became the youngest poker player in WSOP history to get this title. He started to known as “the kid” after this achievement, due to his young age. Today, Mr. Negreanu is not a young player anymore but he is still known as the “kid”. As a final note, we can add that Daniel is an American citizen now. However, after 9/11, he decided to go back to Canada. He comes and goes to Las Vegas on a constant basis.

Negreanu started to play at Bellagio Casino when he first came to Las Vegas. Due to his limited budget, he participated in tables where the limits are 400 USD maximum. He was a skilled player of course, and a natural at poker games, but his fame is also due to his activities on social media. Negreanu regularly posted at the Full Contact Poker forums and became a well-known player in a short time. And like all promising poker players, he managed to find sponsors which allowed him to join high-roller tables and tournaments.

In this regard, his first professional tournament was Foxwoods’ World Poker Final in 1997, and while he did not manage to win the tournament, he was selected as “Best All Around Player”. His first professional winning was the 1998 WSOP tournament, as mentioned above. After that, he just continued to win. He had managed to protect “youngest poker player to win WSOP” title until 2004 too. (The current title holder is Scott Fischmann.)

He won the WSOP tournament in 2003, 2004, and 2008 too. Note that he continued to join tournaments every year, these are only the ones he came the first. In other tournaments, he was in the top 3. For example, he finished the 2009 WSOPE Main Event in second place. In 2013, he finally won the WSOPE Main Event and earned the “Player Of The Year” title. When he won the 2014 Event too, Mr. Negreanu has become a true legend and returned home with more than 8 million dollars in cash. In total, he joined WSOP tournaments 36 times and even when he was “bad”, he still managed to finish in top 5. Note that this table does not show all of his achievements, only the ones he has managed to win big. Otherwise, it would be too long. To save you the trouble to keep up, we prepared a list that shows all Daniel Negreanu winnings below.

In his books and blog, Negreanu suggests the following tips for beginners:

If we analyze the gameplay of Negreanu, we will see a controversial style, to put it simply. These are the common features of Negreanu’s game style:

The online poker adventure of Negreanu started in 2005. He became the spokesperson of a website called “Poker Mountain”. He terminated this relationship 6 month later, due to software problems within the site – players were accusing the site of “cheating”. Whether these accusations were right or wrong, he left Poker Mountain and the site shıt down pretty soon.

In 2007, he signed another deal with Poker Stars. This contract included two things: Writing reviews for Poker Star website (such as guides and game analyzing) and joining the “Team Poker Stars”, to play online poker with other professional players. (For example, Chris Moneymaker is also a member of this team.) According to this deal, Negreanu will play for Poker Stars and he is sponsored by them for online poker. “Land-based” poker, on the other hand, is not part of the deal – Negreanu can still join those under his own name. (But he wears a Poker Stars logo for marketing purposes.)

Nobody knows for sure, but probably something between 4 and 5 million dollars annually. So yes, dropping off school and becoming a poker player sometimes really works.
He wrote 4 books so far: “Power Hold’em Strategy”, “Hold’em Wisdom For All Players”, “More Hold’em Wisdom For All Players” and "Superstar Poker Strategy". His personal tactic, called “small ball poker” is explained in these books. The latest book published in 2017. He also writes guides for Poker Stars.
Because he was the youngest person to win WSOP 1998 tournament. He also has a “baby face”, which shows him younger than he is. Negreanu is older than 40 years old now, but he is still known as the “kid”.
No. He bluffs and bluffed many times during international tournaments. However, he does not recommend bluffing to new players. “If you don’t know how and when to bluff, it won’t end well for you”, he says.

A Living Poker Legend Among Us

Daniel Negreanu is truly a living poker legend and one of the players who won more than 40 million dollars by playing this game. And he is nowhere close to retiring: Negreanu keeps playing online poker for Poker Stars and joining tournaments under his own name. His personal goal is “winning 12 million dollars in a single tournament” and thinking of he managed to win 8 million dollars already, this is not an unrealistic target. Mr. Negreanu will keep playing poker for a long time and continue to be a “poker hero” for all of us. 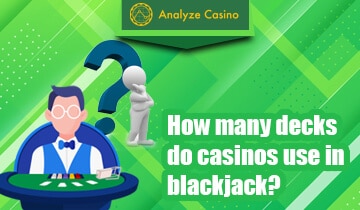 How Many Decks do Casinos Use in Blackjack?

Blackjack is a popular card game and has lots of variations, including Progressive Blackjack, which… 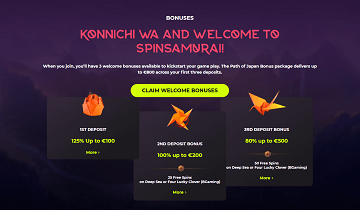 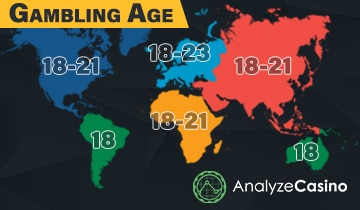 Gambling Age: What Is The Legal Age To Gambl...

Gambling and using online casino bonus offers can be a fun and profitable hobby, but…